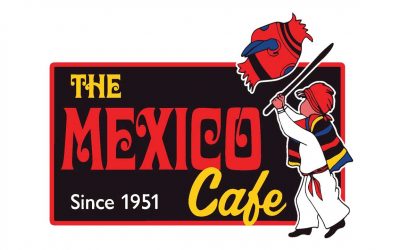 In 1951, The Mexico Café was founded by Ernesto and Feliciana Gaitan in San Bernardino. With the support of her husband, Feliciana ran the operation in an era during which women in business was not a common occurrence. However, Ernesto recognized that his wife had a natural instinct for business and work ethic that is needed in any successful endeavor. He was right. Feliciana, with 5 children at home, was able to tend to her family and still catapult The Mexico Café to success.

Although all 5 of her children worked at the restaurant at some point in their lives; it was her youngest son and daughter-in-law, Art and Julia, that eventually purchased the café located in the west-side of San Bernardino City and ran the operation together.

In 1974, Arthur and Julia Gaitan relocated the Café to a new location which they designed and built in the north-side of San Bernardino on Highland Ave. The restaurant was a huge success and has remained an icon and one of the few longest running restaurants in the City of San Bernardino.

The Gaitan Family still owns and operates the café as the fourth generation embarks on continuing the visions of their great grandparents.

Since 1951, The Mexico Café has maintained it's success by adhering to the guidelines provided by its founders, Ernesto and Feliciana Gaitan; providing a clean, safe establishment that is family oriented while providing authentic Mexican cuisine. At the Mexico Café, we treat every customer as if they were family and are proud to give back to the community that has given so much to us.

Member since 11 months ago
View Profile

There are no reviews yet.